COPYLEFT 1/13/2017-?
exo
ALL WRONGS RESERVED
usage of the buttons on this page is not an endorsement of the creator's content

First things first, block this site in your hosts file if you continue to say that games aren’t art in 2018. 2017's home-runs should have slapped your whining, baby face into submission enough to realize that what we are living in here, right now, is a golden age of gaming where artistry and gameplay are not given precedence or each other (or denied as important or existing at all), but employed together to their fullest, most immersive extent.

It's just so satisfying.

Congratulations, Celeste, for being the first 10/10 game of 2018, the first game in a while that achieves such a merging of delicate, yet important aspects of game design.

If you can afford the ~$25-30ish or so to buy Celeste, you're doing yourself a disservice by continuing to live in a pre-Celeste playing state rather than a post-(or ideally, presently)-Celeste playing state. This game is quite the experience. One will, more often than not, realize that it's just so goddamned good, so unreasonably, uncommonly good very early into playing, simply because the controls are flawless. Without a flaw. The tone? Likewise; the perfect execution of immersion in the relationship between solid controls and environmental storytelling makes it an outlier on the quality scale, thereby making it the best game of 2018 so far by a long shot, and a very, very high contender for the best Canadian game this decade.

But "bah," the cynical reader says, "enough of the gold-trimmed garnish, let's get to the meat and potatoes of it."

I'm a sucker for puzzles, and they're implemented really well in this game. In this room, you will drop the pieces if you don't collect all three in about the amount of time it took me.

Plot-wise, you play as Madeline, who is compelled, for whatever reason, to climb to the peak of Celeste Mountain. All I'll say about the tone of the story without directly referencing anything is that it addresses mental health in a way that's sincere and informed, rather than most representations of depression, which are hackney, contrived, and even condescending at times. Celeste's gameplay won't hold your hand (unless you're playing on assist mode), but its sincerity and humour will. 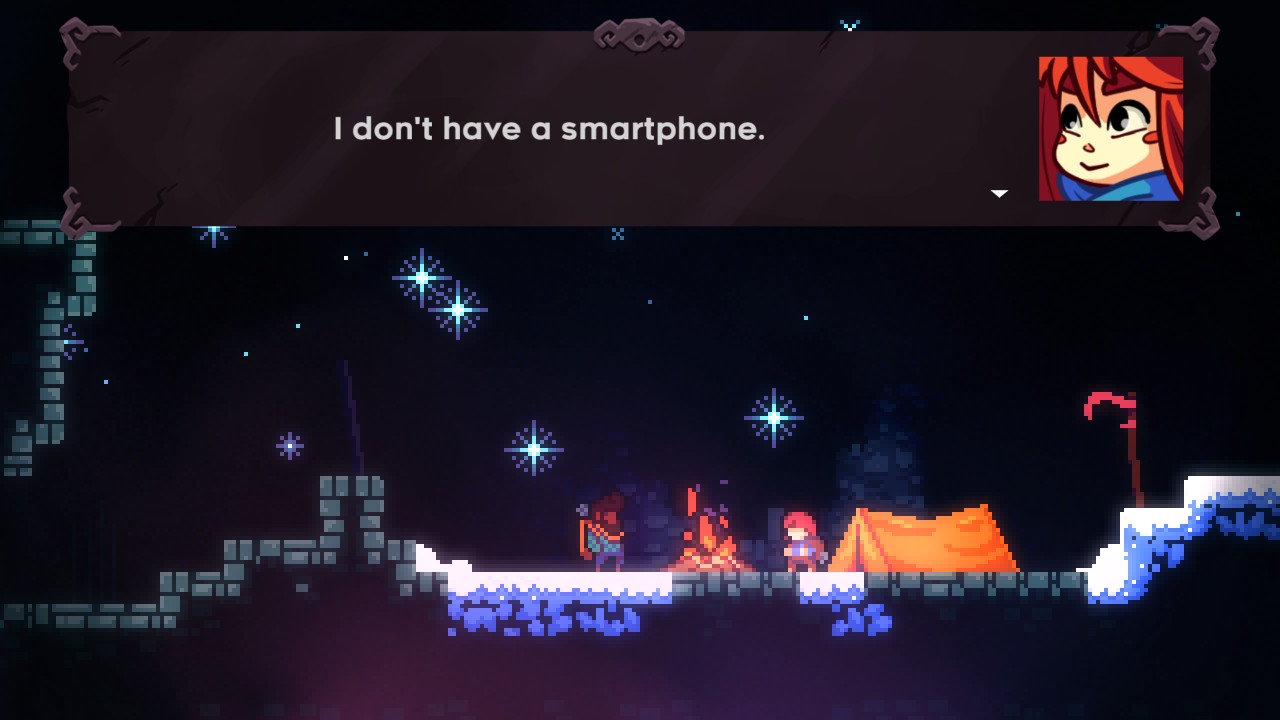 You can collect strawberries along your way, though they just provide an extra challenge and add points (not that I'm complaining, I prefer getting high scores over speedrunning, usually). The gameplay elements wisely pulls the best and most appropriate inspirations from Super Meat Boy (in level design), Ninja Gaiden/Batman (in wall-based platforming), Breath of the Wild (in climbing style), Castlevania: Symphony of the Night (in dashing), Animal Crossing (in dialogue audio), and Margaret Atwood (on the bitter, cold, postmodern isolation and innate fear of the vast expanse of nature that many Canadians subconsciously hold).

I don't need to mention that the game's sprite and background animations are gorgeous, the videos that I captured with the Switch's replay feature demonstrate the liveliness of every frame more than a single screenshot could ever attempt to accomplish; an interactive masterpiece that one must revel in with their own eyes.

Simply put, Celeste is a very, very significant game in the platforming genre, as well as the school of Canadian games in general. The staff at Matt Makes Games ought to be nominated for the Governor General's award--this certainly is a GG.

Looks like I need to play Towerfall: Ascension next...

You can buy Celeste for Nintendo Switch, PS4, Xbox One, PC, Mac, and Linux here: http://www.celestegame.com/ 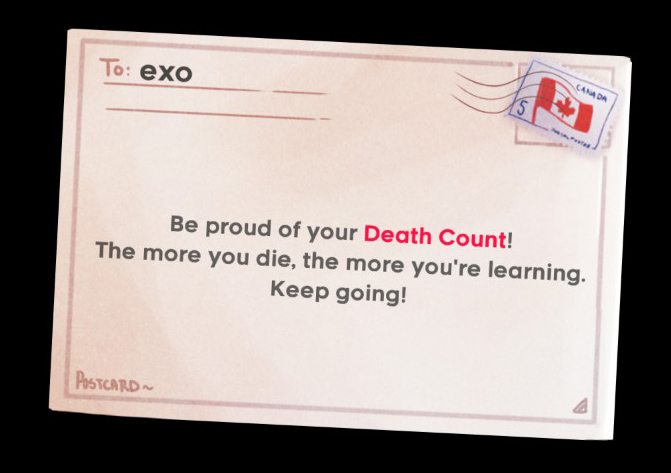 You don't find games backed by philosophies like this very often anymore. (Also pictured: the stamp of approval)